Spotlight on Snakes of the South Okanagan Similkameen

The South Okanagan Similkameen is known for its diversity of beautiful habitats. It is this natural diversity that allows a great variety of snakes to live here. There are seven different snake species that are found in the region. 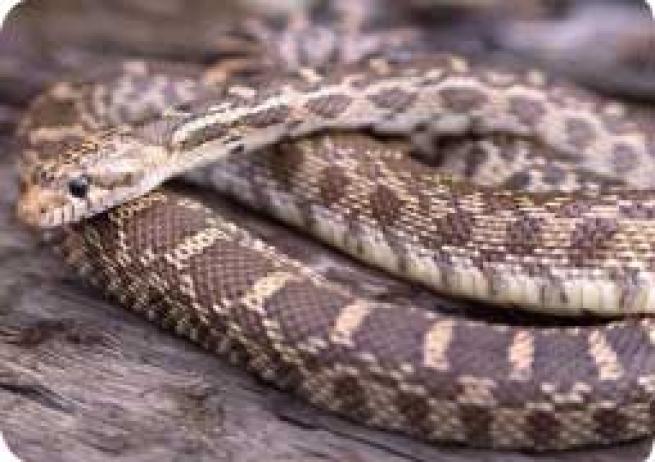 The two most common snakes are the Western Rattlesnake and the Great Basin Gopher Snake.

Intensive urban and agricultural developments have affected snake habitat and populations. Rattlesnakes were once actively persecuted and killed, and many gopher snakes were killed because of their similarity to rattlesnakes. Both snakes are now protected by federal and provincial wildlife regulations so it is illegal to harm or harass a rattlesnake.

Gopher snake females need special sandy and sunny sites to lay their eggs. From two to eight eggs will be laid in June or July and hatch in late summer. Rattlesnakes mate in late summer and the female will spend the following year close to the den before giving birth to from 2 to eight live young in September. Both the female and young soon enter hibernation so there is an eighteen-month period where the female will go without food. For this reason females only breed every two to three years. The populations of both snakes grow very slowly since special requirements are needed for female gestation.

The population of Gopher Snakes and Western Rattlesnakes is gradually diminishing as the habitat areas needed for hibernation, gestation, and foraging gradually get smaller and more fragmented. Many snakes are killed each year as they cross roads travelling between their dens and summer feeding areas.

FALSE: They get along just fine and may even spend the winter in the same den.
TRUE: Baby rattlesnakes (called neonates) have only a little button, which doesn’t rattle.
TRUE: Gopher snakes are strong tree climbers if there are branches to use.
FALSE: Western Rattlesnake bites are serious and need to be treated at a hospital but are not fatal. Some bites are “dry” or have very little venom.
TRUE: Both snakes eat once a week or less and don’t eat at all for about six months of the year.
FALSE: A rattlesnake adds one rattle every time it sheds, from one to three times a year.
TRUE: Both snakes need to have their habitats protected so they have room to live and breed.

Don’t reach your hands into any space you can’t see. Snakes like to hide under and inside objects like pipes, open sheds, and piles of lumber.
Wear boots when hiking or working in rattlesnake habitat.
If a snake needs to be moved, use a tall garbage can and a broom to gently sweep the snake into the can and relocate it to the edge of your property. Don’t move it more than 1 km from where it was found.
Snakes are protected. It is illegal to harm or harass rattlesnakes or gopher snakes.

Back to Spotlight on Species and Habitats